We Are What We Mask is Eko Nugroho’s first solo presentation in Singapore. In this instance, the artist furthers his exploration on masks as images, objects and second skins, as well as the notion of  “masking” as a form of concealment or disguise. For Eko, the masked face also symbolises Man’s inherent “two-faced-ness” – the ability to change identities, conform and adopt a new persona for protection or as a form of disguise and transformation.

Inspired by Gillian Vogelsang-Eastwood and Willem Vogelsang’s “Covering the Moon, An Introduction to Middle Eastern Face Veils” – an illustration on the history of face veils from pre-Islamic origins to the present day – Eko worked in collaboration with the team at STPI and produced over 70 works during his five-week residency. Some of the major highlights in this exhibition include a series of wearable full-faced masks and “face veils”, photographic prints and paper pulp paintings with relief and screen prints that depict responses to his Singaporean experience and observations of socio-political conditions in his surroundings.

Born and raised in Yogyakarta, Eko Nugroho has been recognised as one of the most popular and accessible interpreters of contemporary experience. Eko is also the founder of Daging Tumbuh, an artist collective that adopts copyleft principles and photocopying as the distribution method of choice. His recent projects and exhibitions include the 2013 California-Pacific Triennial at Orange County Museum of Art (2013); Rally: Jompet Kuswidananto & Eko Nugroho at National Gallery of Victoria (2012); The Global Contemporary Art Worlds After 1989 at ZKM Center for Art and Media, Karlsruhe (2011), Trans-figuration: Indonesian Mythologies at Espace Culturel Louis Vuitton, Paris (2011). Eko is one of the five artists selected for the Indonesian Pavilion at this year’s Venice Biennale. 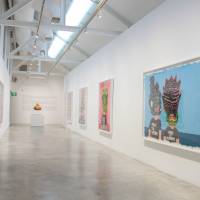 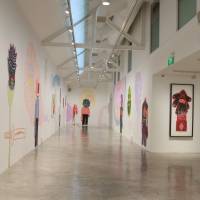 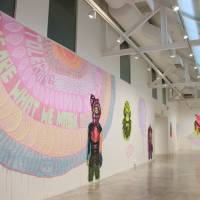 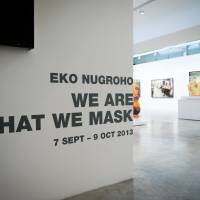 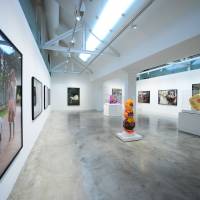 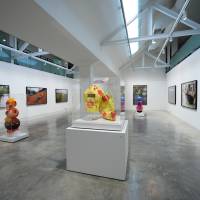