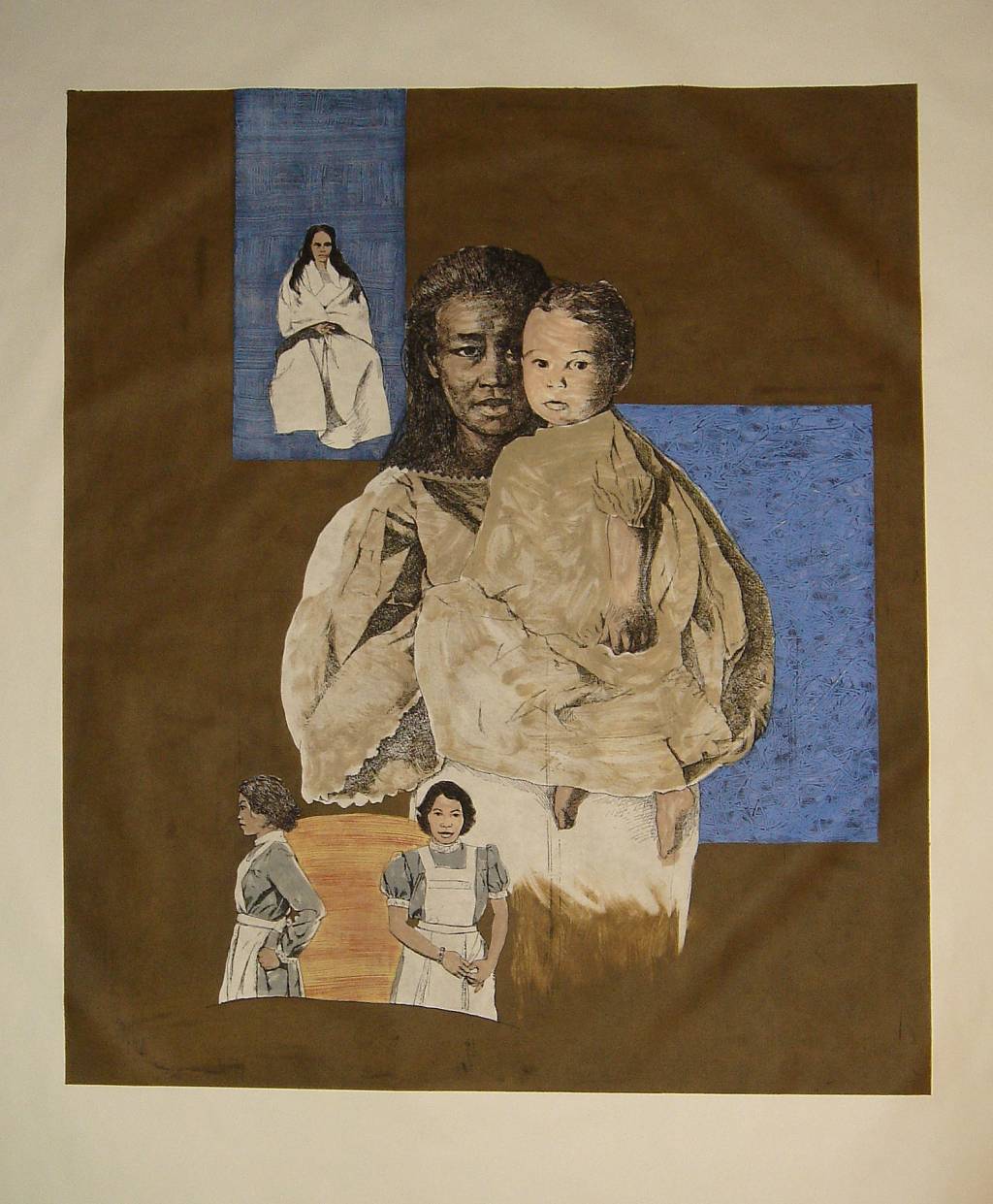 Benedicto Reyes Cabrera, or better known as “BenCab”, is a Filipino painter and is considered as the best-selling painter of his generation of Filipino artists. BenCab moved to the Chelsea district of London, following his marriage to a British writer. Having spent 13 years in London, BenCab shares with many of his countrymen the experience of longing for home. In response to the political abuses of the Marcos era in the Philippines, Cabrera’s art increasingly dealt with social and political commentary, tackling subjects like the disillusionment of 20th-century Filipino migrants, the Philippine-American war and the impact of colonisation. Earning acclaim for expressing universal human themes and hailed as a master of contemporary Philippine art, Cabrera is one of Philippine’s few remaining living treasured National Artists.

BenCab has had two residencies at STPI. During his first residency, BenCab and the Creative Workshop team had to employ a nude model for a day with the artist ‘sketching’ directly onto the plates. The idea was to use the etching plates as a ‘sketchbook’. Usually for print-making, the norm was to plan first then start making prints. But in this case, the artist and the team cannot have any plan in the beginning. The team took on the risks by using different size of the copper plates and various etching techniques. Each image was editioned with twelve impressions and the team continued to develop this series until the very last minute. The end products were all showcased at Cabrera’s first solo exhibition at STPI – BenCab: Impressions (2006).

He returned for a second residency at STPI in mid-2010. where he maximised the use of creative expertise and facilities available at STPI. The various works in his latest collection at STPI tied together by the theme of evolution and continuity, with the artist providing views and glimpses of both. In the course of one month’s work, BenCab produced four sets of edition prints, 30 monoprints, 6 unique relief prints and 19 paper pulp paintings. The images call to mind various themes in the artist’s oeuvre: anitos, ninunos – the hardy igorots, ifugaos and other ancient tribesman juxtaposed with faces of contemporary descendants, tribal women in transition; monumental yet graceful Sabels in movement; masks; draped images of dancers. These works are exhibited at BenCab: Glimpses (2011).

A museum dedicated to him, the BenCab Museum was established in Baguio, Philippines, in 2009, to house the artist’s personal collection of tribal art from the Cordillera highlands and contemporary Philippine art. The Museum is committed to the promotion of the arts, and the preservation, conservation and protection of the environment, as well as the culture and traditions of the Cordilleras, as an expression of the artist’s gratitude to the country that nurtured and inspired an artistic career that continues to grow, mature and fascinate. Aside from this, the artist has had several gallery and museum exhibitions, including shows at the Fisher Museum of Art, University of Southern California, and the Singapore Art Museum. He was awarded the National Artist of the Philippines for Visual Arts (Painting) in 2006.