“Like an inhale or exhale of breath her works pulsate with intuitive meaning. Elusive in their stillness and silence, significance seeps from their surfaces like the distant echo of sacred music.”

Shirazeh Houshiary rose to prominence as a sculptor at the forefront of Britain’s young generation of sculptors in the 1980s alongside Anish Kapoor, Richard Deacon and Tony Cragg. Physics, Renaissance painting and world religion all inform Houshiary’s art, as well as her interest in the position of language in culture.

Her residency at STPI culminated in her first solo exhibition in Southeast Asia. With the Creative Workshop team, Houshiary created two series of works: the first, The River is Within Us, takes its starting point from single words selected from the Hebrew, Sanskrit, Arabic, Mandarin and Latin languages, with their various colours reflecting emotional states and respective nationalities. Through this lens of cross-culture likeness, the works calls into question the authority of culture as a dividing entity, asserting instead the common nature of humanity.

The second body of work, Migrant, is inspired by the migratory quality of Singapore’s ubiquitous rain trees, or Samanea saman. In fact, these trees are imports from Mexico and Peru, half a world away. The artist likens this aspect of the rain tree to that of human migration and in doing so, suggests the Homo sapiens’ innate proclivity to movement, opening up this tendency to beyond artificial borders and demarcations.These two series were presented in The River Flows Within Us at STPI in 2016, and were anchored around Houshiary’s sound and video work, Breath (2013). 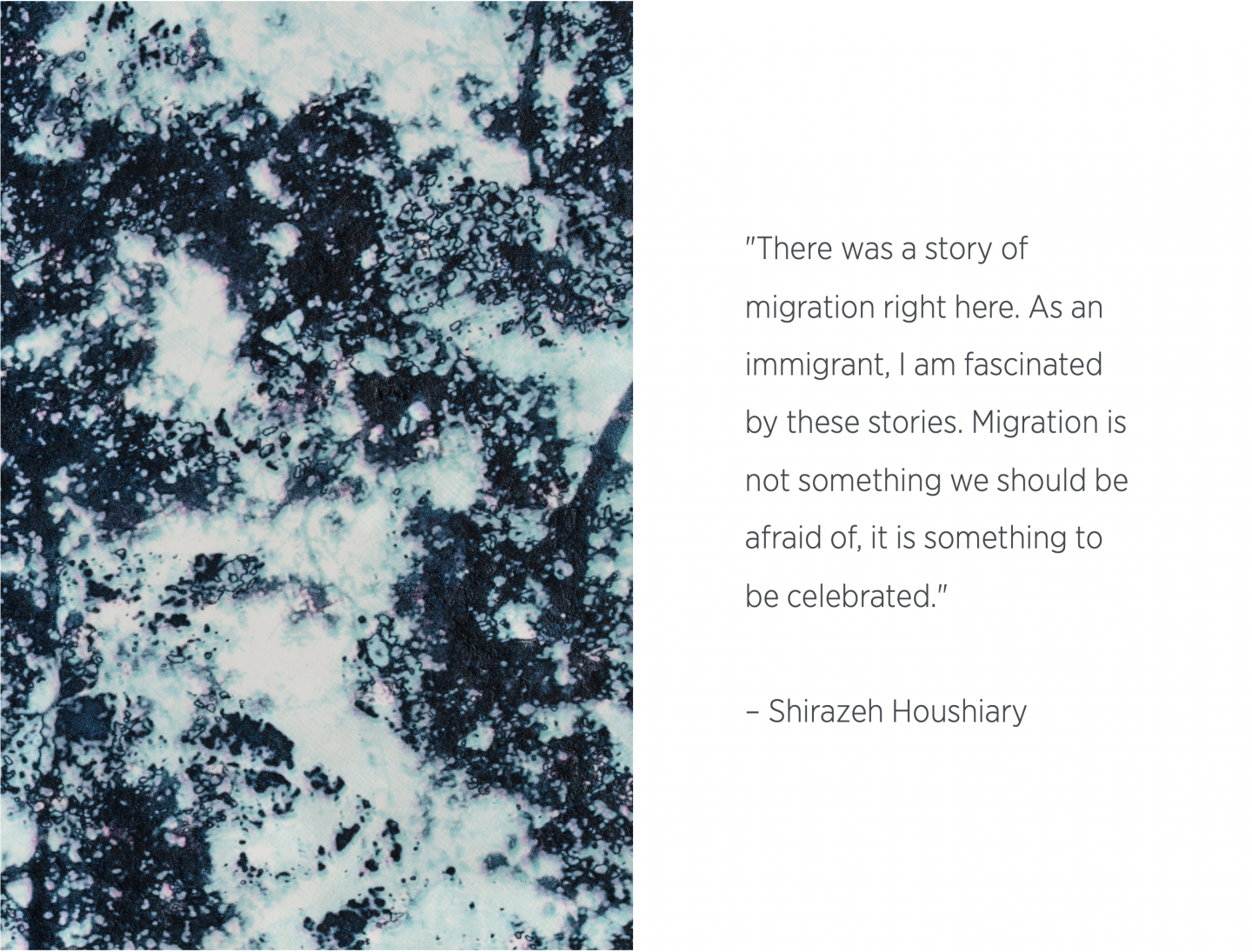 Read more about The River Flows Within Us here.

The works of Shirazeh Houshiary were also presented at these STPI exhibitions: The catalogue ‘Shirazeh Houshiary: The River is Within Us’, was published on the occasion of her solo exhibition with STPI. It contains an illuminating essay Sue Hubbard.

View it at The Corner Shop here.

Read more about the artist and her time at STPI

Sculptor taken by the raintree: Shirazeh Houshiary uses the tree to tell the story of migration in her print works done at STPI
The Straits Times, 29 March 2016