Zao bears a legacy that unites the cultures and aesthetic traditions of the Orient and the Occident on a single painterly surface; in the wake of his passing, it remains cemented within the nucleus of the Nouvelle École de Paris (‘New School of Paris’ or ‘Second School of Paris’, as coined by critical commentator Charles Etienne in 1952), and abundantly lauded by Chinese circles for returning Abstract Expressionism to China.

The ambiguous placement of Zao’s visionary and cultural identity within history leaves art critics like Wim Toescosch contemplating whether the maestro ought to be referred to as “[the] most Western of all Chinese painters…” or more rightly so as “the most Chinese of all Parisian painters.” But it is this very synthesis that distinguishes his body of work, standing peerless today in the world of 20th century Chinese contemporary art.

On loan from a private collection, Zao Wou-Ki: No Boundaries charts the evolution of his illustrious career from the 1950s to the 2000s, highlighting the ways in which he renewed his art through various forms, and unveiling in particular, a lesser-known side of the painter whose highly developed printmaking practice reflects ceaseless growth and creativity. Like his paintings, his prints display the rhythm of his fundamental and intercultural influences; coalescing and diverging in fluctuating patterns. They speak of the duality of his artistic senses, and moreover, the clash of cultures that broke upon his inner sense of self as a young man on foreign soil.

Zao left Shanghai for Paris in 1948, abandoning the Chinese ink of his youth, believing it had “lost its creative impulse since the 16th century because the works thereafter were stifled by repetitive and mechanical imitation of the Tang and Song dynasties.” Gravitating towards a visual aesthetic heralded by figures such as Cézanne, Matisse and Picasso, and embraced by friends Alberto Giacometti, Joan Miró and Henri Michaux, Zao was particularly intrigued by the Abstract Expressionist Paul Klee and his “half representational and half surreal” world, which left him pining for a poetic and imaginative visual language of his own. This set him on a pursuit that would eventually lead him to discover abstraction within Chinese calligraphy and primitive forms of writing – adapting these motifs and surpassing of these traditions by forging East-West approaches.

In an 1961 interview, the artist admitted that “paradoxically, it is to Paris that [he] owes this return to [his] deepest origins,” as he “gradually rediscovered China” in the process of his artistic reinventions.

“Everybody is bound by tradition. I am bound by two.”

This is apparent of his late works, as critic Jonathan Hay observed: Zao’s colour field are often “complicated by the recourse back to a black that recalls ink,” while the calligraphic trace remains ever present amidst “brute mark-making.” The image fields and textural depth of his works take after ink paintings which “confound both matrix and gravity”, while compositionally, it may be said that Zao maintained a Chinese approach to the edges of the painting, where the work is suggested to be “a fragment of a larger continuum.” On the use of light, Zao’s is an “internal luminosity that treats light as one of the defining properties of things: an expression of their interior energy.” With time, his subjects – nature, energies of life, and the passages of time – assumed a highly abstracted and philosophical outlook through his reinterpretation of visual elements like line, colour, symbols and gestures.

“My paintings become an indicator of my emotional life, because in them I revealed my feelings and state of mind with no inhibition whatsoever.”

The works on display are a testament to the extensive nature of Zao’s core body of work – borne out of his penchant for experimentation – as well as the diversity of skills within his repertoire. In them, we discover Zao’s permanent fixation on the medium of print and paper.

Following his arrival in Paris, the young Zao attended courses at the Grande Chaumière, where he marvelled at the technique of lithography with the printer Edmond Desjobert, with whom he would share an enduring partnership, as he pursued printmaking in the great tradition of French peintre-graveurs (‘painter-engraver’); depicting contents consistent with his explorations in oil painting. Zao produced over 400 lithographs and etchings in his lifetime. Even within the processes of printmaking, Zao’s habit of tweaking methodologies prevailed.

“The idea of throwing colour in a large white porous stone, like on China paper, pleased me… As with Indian ink, I used a lot of water, which is not at all to be recommended. Edmond Desjobert, a remarkably skillful lithographer, criticized me for it and told me the outcome would be poor, because one could not mix so much water with the lithographic ink. Even so I tried, and while the proofs were being printed he became enthusiastic.”

As specialist Julia Grimes noted, Zao’s given name ‘Wou-Ki’ (or ‘Wuji’ in the standard Hanyu Pinyin Romanization used in China), means “no boundaries,” which fittingly describes his “insistence on a personal and aesthetic identity in the face of the vagaries of borders and time” that has propelled his art forward. 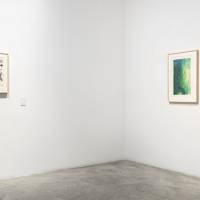 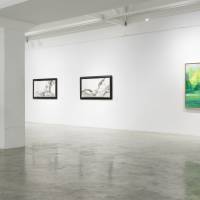 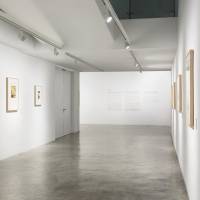 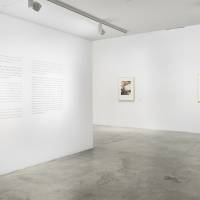 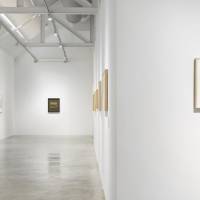 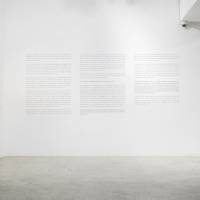