Sleeping Beauty #1 and Sleeping Beauty #2 by Richard Deacon (b. 1949 in Wales) belong to a large series of works on STPI handmade paper created in 2012 at the STPI workshop in Singapore, and shown for the first time in their gallery in a solo exhibition entitled Beware of the Dog.

Kim Lim (b. 1936 in Singapore, d. 1997 in London) is known for her prints as well as for her sculptures. She studied in London at the Central Saint Martin’s School of Art and at the Slade School of Fine Art, where she specialized in printmaking. The works on display at the bookshop are examples of her early prints featuring modulating blocks and colored lines, characterized by a constant equilibrium.

Anri Sala (b. 1974 in Albania) has worked with STPI on a series of screenprints on Stonehenge black paper. Lines recto verso (Jung, Huxley, Stravinsky) (2015) and Lines recto verso (Afif, Sala, Flavien) (2015) consist of repetitions of three different individuals’ palm lines. Two premises were particularly important to Sala: every group should consist of contemporaries and each artist worked only with their left hand.

We can travel to the sun when it is setting, (2013) is a screenprint with metal foil by Rirkrit Tiravanija (b. 1961 in Argentina). The work is part of the suite of 11 prints, Moon rise – Time is setting – Tomorrow never arrives, which depicts the experience of cosmological time through the shift of the moon from light to dark. The reflection around the concept of time has influenced all the artist’s practice. 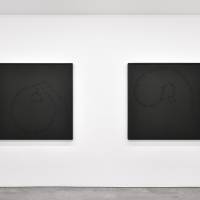 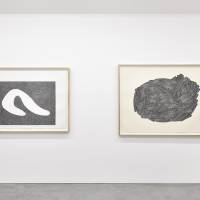 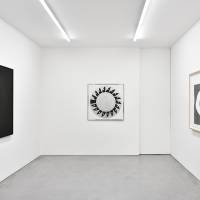 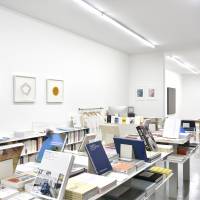 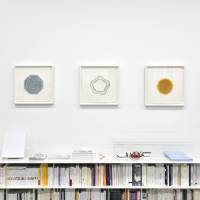 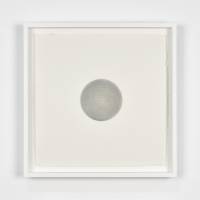 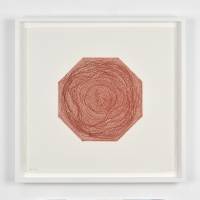