About the Artwork
“My grandmother was 13 years old when the British surrendered to Japanese troops invading Singapore on the 1st day of Lunar New Year, 1942. For the following 3 years and 8 months, other Singaporeans like herself would live in constant fear and extreme hardship as an occupied people. As she recalls vividly, prices for valuable items such as food, medicine and household goods skyrocketed as supplies everywhere depleted. The frequent shortage and massive inflation led to the rise of a booming black market. Locals would prefer payment in kind, with food as the most cherished ‘exchange currency’. As a result, Japanese invasion money circulated in occupied areas such as Singapore were rendered worthless. So was my grandmother’s suitcase full of ‘banana notes’.”

About the Artist
Hu Qiren (b. 1983) is an artist whose practice explores the myriad forms of image making, incorporating a wide range of media, including photography, video, installation and performance. Expressing a vibrant visual vocabulary inspired by his own identity and tradition, Qiren synthesizes cultural binaries, while incessantly challenging notions of authenticity, belief and value systems.

Qiren completed his MFA in Photography and Related Media at Parsons The New School for Design under the Provost scholarship in 2015 and has showcased his works at the One World Trade Center, Queens Museum, Aperture Foundation and Photoville in New York, Louvre Museum in Paris, Singapore International Photography Festival, Pingyao International Photography Festival in China, Auckland Festival of Photography in New Zealand and at the Theory of Clouds Gallery & Community Worldwide in Kobe, Japan. In 2016, Qiren was the grand winner of the Harper’s BAZAAR Art Prize.

#10, CASH IS KING is donated by Artist and Richard Koh Fine Art. 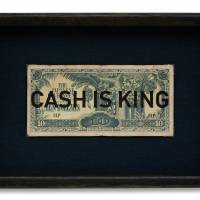 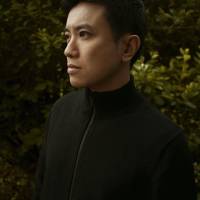